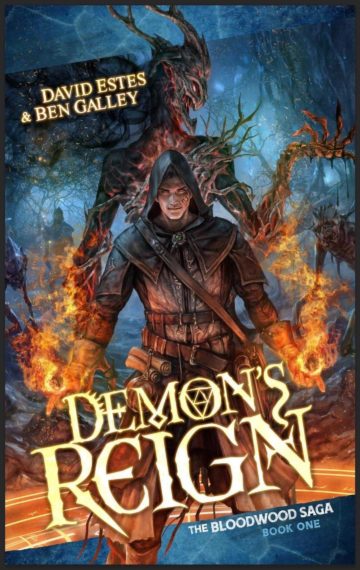 Tarkosi Terelta is a nobody. A nobody who will save his world from demons and the hellfire they bring.

The third-born of a shamed family, Tarkosi’s lot in life is to spend his days as a worker, feeding temperamental lancewings under a harsh master. His days in the bloodwood city of Shal Gara are full of drudgery, tedium, and pain, his own ambitions cast aside in the name of order.

That is until demons from a broken world invade the forest realm of The Swathe, and an accident born of violence and dark magic intertwines Tarkosi’s fate with the greatest among them.

Forced onto the front lines of a war forgotten by history, Tarkosi must balance battling the royal demon bound to him with the rapid progression of the magical abilities its presence has bestowed. Risking everything, he will need to tread a thin line between hero and heretic to keep Shal Gara from falling into ruin and chaos.

Avatar: The Last Airbender meets Venom in this epic progression fantasy perfect for fans of Iron Prince, Cradle, and Kingfall.