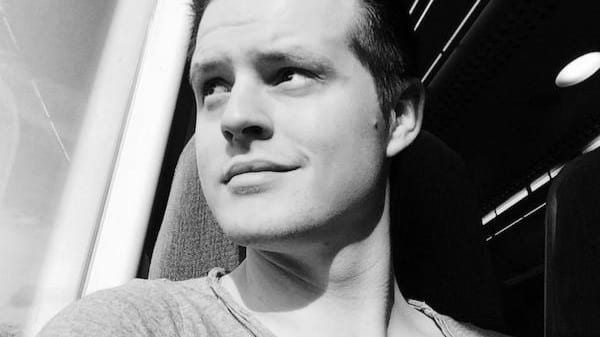 Ben Galley is a British author of dark and epic fantasy books who currently hails from Victoria, Canada. Since publishing his debut Emaneska Series in 2010, Ben has released a range of fantasy novels, including the award-winning weird western Bloodrush and standalone novel The Heart of Stone. He is also the author of the critically-acclaimed Chasing Graves Trilogy.

Ben’s love of fantasy and tall tales comes from a childhood spent devouring the works of greats such as JRR Tolkien, CS Lewis, and the Brothers Grimm. Combined with a keen interest in mythology, a passion for creative writing was spawned that occupied most of Ben’s early life and teenage years. By age 13, he’d written three books about anthropomorphised monkeys. They shall go forever unpublished due to reasons of hideous spelling and grammar, but were a good foundation of practice.

After briefly pursuing a career in the Royal Air Force (and bailing out almost immediately after realising he was not cut out for military life), music distracted Ben until age 20, when he decided to turn back to that early dream of being a professional author: the dream of being paid to make up stories. After 18 months of writing, all the while working jobs in bars, restaurants and one pasty kiosk, he produced a debut book – The Written – and was ready to publish. After a truckload of research, Ben realised he could apply his knowledge of the music industry and being an independent artist to working as an independent author.

In 2010, The Written was published in paperback and ebook. Throughout its life, The Written has been an Amazon bestseller twice in the Nordic Myth & Legend categories. 10 years on, and Ben has 12 fantasy novels to his name, as well as a crowd-funded graphic novel and non fiction title, Shelf Help. From the epic, nordic world of Emaneska, he moved onto western fantasy with the Scarlet Star Trilogy, and then wrote a standalone novel about the emotional journey of an immortal golem – The Heart of Stone. In a rapid release over 98 days between December 2018 and March 2019, Ben launched the Chasing Graves Trilogy, a dark fantasy epic set in an Egyptian-style world where ghosts are bound as slaves for the rich. He’s currently releasing The Scalussen Chronicles, a follow-up series to Emaneska.

Ben’s immensely proud to have received critical acclaim for his writing, The Heart of Stone won Best Self-Published Novel in the 2017 Booknest Fantasy Awards. In 2016, weird western Bloodrush was the Bloggers’ Favourite of Mark Lawrence’s inaugural Self-Published Fantasy Blog Off (SPFBO), and it also won the Library Journal’s Indie eBook of the Year award for Fantasy. In 2019, Ben achieved a life goal of writing for the brilliant Black Library and wrote a story in the world of the Age of Sigmar, featured in Inferno! Volume 5.

When he isn’t conjuring up strange new stories or arguing the finer points of magic and dragons, Ben works as a self-publishing consultant, helping fellow authors from around the world to publish their books. Ben is a frequent guest speaker on the subjects of writing, fantasy, self-publishing and marketing. Ben has worked as a Guardian Masterclass tutor, and has spoken at Book Expo America, the London Book Fair, Warwick, Kingston and Southampton Universities, the London School of Economics, the London Screenwriters’ Festival, and multiple prestigious book fairs across the UK. He’s incredibly zealous about helping his fellow authors and writers any way he can.

Aside from writing tall tales, Ben still plays bass, and has a love for photography, making videos, gaming, cinema, flying drones, and travelling. Ben also apparently owns an acre of the moon. Originally from the south of the UK, he has now emigrated to Victoria in British Columbia, where he’s thoroughly loving life exploring the wilds.

Ben can be found being loquacious and attempting to be witty on Twitter and YouTube @BenGalley, or on Facebook and Instagram @BenGalleyAuthor. You can also get involved with Ben’s journey as an author by signing up to The Guild, his monthly newsletter, or by joining The Elite Circle, Ben’s Patreon.