Listen to a sample
$4.99Buy Now!Read A SampleAdd To Your GoodReadsSee The Full Series

The endgame has begun.

The battle for the emperor’s throne grows ever fiercer. The City of Countless Souls cowers behind locked doors as the whims of the downtrodden and the powerful bring the great game of Araxes to its chaotic conclusion.

With the soulblade at his hip and magic in his soul, Caltro’s freedom is almost within his grasp. But as Temsa’s reign of murder clashes with Widow Horix’s plans, the locksmith’s fate becomes all the more entwined with the needs of dead gods, vengeful royals, and the Cult.

While the Core Districts descend into chaos, debts left unpaid in the desert haunt Nilith’s long-awaited arrival in the city. A new foe is hunting her through the streets, an enemy with enough power to rival even that of the Cloudpiercer.

Yet all their struggles pale in comparison to the dark omen that is spreading through the empire, lurking beneath their feet:

The River Nyx is drying up.

“Breaking Chaos is the payoff we’ve been waiting for… a cathartic release of all the angst and terror and scheming plots and secret vendettas, all tightly woven into a massively entertaining conclusion that far surpassed my expectations.”
– Adam Weller, Fantasy Book Review

“Breaking Chaos is the brutal, climatic ending to one of the finest dark fantasy trilogies in recent memory. If you haven’t read the previous entries in the series, do yourself a solid – get them!”
– Booknest

Audiobook is available now at these stores: 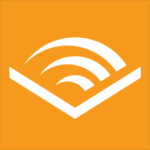 Listen to the Playlist